It’s the little kid in me.

I always wanted to be an illustrator

but I never got past

I like that they can tell a novel-size story

when some writers – I am thinking Pasolini here —

Come on!! as Lleyton Hewitt would say.

‘Wilson’ by Daniel Clowes and ‘A Taste of Chlorine’

by that French author

and ‘Maus’, of course, the classic by Art Spiegel.

I remember the excitement when I purchased

‘The Dark Knight Returns’ by Frank Miller when it first came out.

the train home so I could play it on the turntable

only to come a cropper at the end.

It was that kind of excitement.

When in doubt, choose a graphic novel, I say.

There’s only one way to live in the world —and that’s to stay alert, interested.

So I couldn’t help but notice the reader in the pub sitting at ‘our table’, vigorously engaged in his book. He was dipping into it with his biro, busily marking passages, totally oblivious to his surroundings, And he never had a drink in front of him.

I went over to him.

Hello, I said, I’m a fellow reader. I just have to ask what book it is that’s got you so enthralled?

Ah, he said. Let me allay your curiosity.

And then he showed me.

Christ, I said, it’s a bit crumpled. Like it’s fallen in water.

It’s a well worn book, helaughed. And Christ is right. Look at the title.

I did but I could barely read it. Can I take a shot? I say, to show my mate in the wheelchair.

Of course, he said.

Is it fiction? I asked.

No, it’s factual,well researched, about the devilish goings on in the Papacy and in the clergy in general. Terrible things went on. When my friends bring up religion I whip out my book and quote passages from it.

Ahh, he said, I read it in the bath and sometimes it’s fallen in. And sometimes it’s been left in the rain and I have read it a few times. It’s an old book. It was battered when I bought it. Would you like to borrow it when I finish?

Awfully nice of you, I said, but I might give it a miss. Too much else on my plate. Are you by any chance an old Catholic boy?

Yes, he said. How did you know?

It takes one to know one, I said. Happy reading.

I don’t mind her reading passages from ‘The Secret Garden’ before breakfast each morning , if only she didn’t go around the house the rest of the day speaking with a Yorkshire accent

*have you read ‘The Secret Garden’ or seen the film?

*when’s the last time someone read to you?

*what’s the most difficult accent you’ve had to contend with? 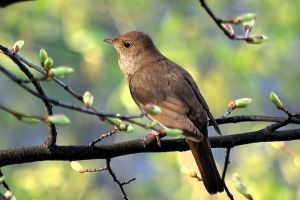 between forefinger and thumb

I opened up a soft drink —

You know how it is —

but it had lost its fizz.

It had lost its zest.

It had lost its tang.

It had lost its bite

& worse, had lost its bang!

So hang onto your hat.

You gotta be where it’s at.

No one reads poetry any more, my editor said.

Not even poets — unless it is their own work,

He added with a wry smile. Say what you like.

So I did, but I was mostly gentle anyway

Ribbing Ted for his niggardliness, Angus

For his habit of laughing at his own jokes,

Even when they’re bad; Milton for his grandiose

Turns of phrase, peppering my poems with names

Of friends, rellies, family. All turned up at the Launch.

The book sold well. I introduced it with

a wry smile picked up from my editor:

‘Dedicated to the Ones I Love’.

All week I have been reading Carolyn,

Her chapbook of twenty poems focused

on one anatomical feature — the ankle.

How could anyone do that? I wondered.

with a sexual agenda. But the ankle?

I read on. Carolyn fractured hers

recently in a fall so that provided the bones

inventive and insightful that trace her

‘Zero Weight Bear’ with its zen-like title and

on an optimistic note.

The future is coming at us

At a furious pace

We put up these sandbags

All over the place

To keep the present in

And keep the future out

It is much too horrible

To think much about

What are we even doing here?

You took us from the cool supermarket shelves and abandoned us on this warm table.

Because some kids might rock up on Halloween and say “Trick or Treat?” and you don’t want to come across as the bad guy.

Well, take a look around. No one’s knocked.

What are you going to do with us? You don’t even like chocolate.

Oh God, you’re not going to dump us, are you? Can we appeal to your better nature and take us back to the supermarket? They’ll be glad to see us.

Wait. Did you hear that? There’s a knock at the door. I see three goblins peering through the window. They’re for us.

You okay, mate? You look forlorn.

Like the knight in ‘La Belle Dame’? I say.

‘On the cold hill side’. Keats, I say. “La belle Dame Sans Merci’

John Keats. Romantic poet. You must have done him at school.

This is a butcher’s shop, mate. Not an English classroom. What can I get you?