In the late Spring of 1891, Greenbough Smith, the newly appointed literary editor of

‘The Strand’ received a submission of two handwritten manuscripts.

since Edgar Allan Poe, I remember rushing into Mr. Noames [publisher ] room and thrusting the stories before his eyes ….

Here was a new and gifted story writer; there was no mistaking the ingenuity of the plot, the limpid clearness of the style,

the perfect art of telling a story.”

Is it the characters, then?

the machinations of plot?

Really? None of the above?

Then, pray tell, what?

than any of those,

the vivacity of the prose.

* what is it you most treasure in a short story?

You can’t stutter in writing,

before I had thought much about it.

Maybe that’s how it started.

I felt I could sprint in writing

while in speech I hobbled.

I was good over short distances:

Any further I flagged,

But I don’t know.

I can speak now

but I still write.

I am reading a short story but it is not making any sense.

Call me ‘old-fashioned’ but I think a story should make sense.

Maybe it’s because it’s told in a goulash of styles.

But the writer is an accomplished writer.

Does that mean I am not an accomplished reader?

Can a writer be over-confident, cocky? If so, can a reader?

Maybe I should loosen up like good old George, slouch around in the ungrammatic, delve in the demotic, savour the stew

Wearing a T-shirt Made In China

I love flirting with danger.

The challenge was to write a book review in haiku form. Here is my first attempt. Do you want to try one? It will be interesting to see what people come up with.

‘The True Color of the Sea’

didn’t flow for me

its prose flat and monochrome

as a pancake sea 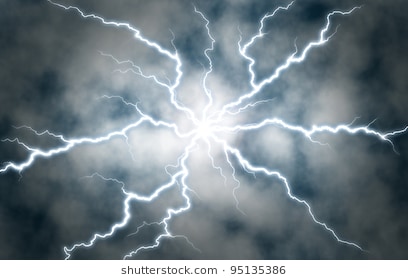 Every now and then you read a story which gives you a jolt. ‘Suicide Watch’ is one of these. In spite of its confronting title, the story is not depressing. It takes you into the teen world of social media, with its relentless pursuit of ‘likes’ and ‘comments’ and what lengths teens will go to so they can elevate their quota. The tension and uncertainty are nicely calibrated so the narrative skips along.

It has one of the best openings I’ve read:

‘Jill took her head out of the oven mainly because it was hot and the gas did not work independently of the pilot light. Stupid new technology! And preferring her head whole and her new auburn sew-in weave unsinged, and having no chloroform in the house, she decided she would not go out like a poet’.

I love the humor and desperation in this. The ending though comes with a jolt. Partly expected, partly not. The writing is an exercise in style, masterfully balanced between the vernacular and the poetic.

AS Adam Ant says, “Do yourself a favor’ and read it. *

Have you read a story recently that has given you a jolt? 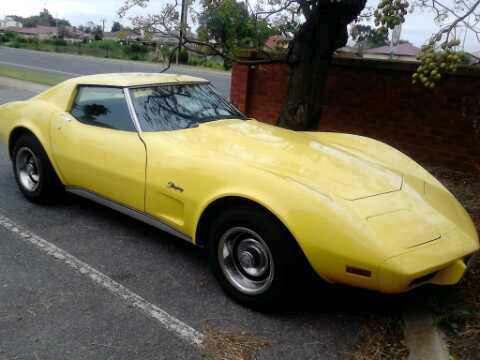 At the writers’ group we were issued a list of things to check when we’re critiquing each others’ stories, things like plot, character, setting, dialogue. We’d put a tick or a cross depending whether the requirements were met. All well and good. Yet I couldn’t help thinking of the checklist that mechanics fill out when they’re servicing your car. So I said, “A short story is not a car!”

What do you think a short story is like?

A good book is like a good fire. You warm to it. It glows for you. When you’re not with it, out in the world, in the cold cross currents of life, you long to get back to it. It is self sustaining like good food or drink. I always like to come home at night and cuddle up with a good book.

‘Zombie’ and ‘Motherlode’, two short stories by Thomas McGuane are what I’m into now. That I’ve read them twice before doesn’t matter. They give off warmth and comfort. ‘TEOTFW’ by Charles Forsman is a short graphic novel that gives out the furious energy of a blazing fire.

Which books have you read that do this? 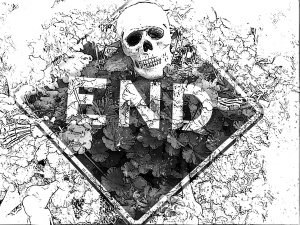 Is it any good pleading? Thompson says.

For your life? Not really.

But you can’t just toss me aside like a dog carcass, not after all I’ve done for you.

You were more than serviceable, W admits. But you’ve served your purpose. You can’t argue with me.

Will it be painless?

Well, get it over with then.

He reaches into his satchel and pulls out his laptop.

Finish your drink, W says. Out with the old and in with the new, he smiles, keyboarding fiercely.

And with that, Thompson is gone.