What are we even doing here?

You took us from the cool supermarket shelves and abandoned us on this warm table.

Because some kids might rock up on Halloween and say “Trick or Treat?” and you don’t want to come across as the bad guy.

Well, take a look around. No one’s knocked.

What are you going to do with us? You don’t even like chocolate.

Oh God, you’re not going to dump us, are you? Can we appeal to your better nature and take us back to the supermarket? They’ll be glad to see us.

Wait. Did you hear that? There’s a knock at the door. I see three goblins peering through the window. They’re for us.

The problem was I wasn’t getting any and I was pissed off by those who were —- and the timing was dreadful, 6a.m. after a heavy night.

It wouldn’t have been so bad — in fact I probably wouldn’t have heard it at all —-if I hadn’t opened the house up before hitting the sack but the bureau had predicted gully breezes during the night, just the thing to cool the house down after the heatwave. So I heard it loudly and clearly. But what was it?

I had to get up and find out. Of course, soon as I go outside, the noise stops.

So I stand still. It starts again. Meek little noises and a furious flapping . It comes from the hedge. High up.

Just then a head pops out, glaring at me as if I am the intruder and not it.

What the fuck are you staring at? He asks.

Now I’m not in the habit of speaking to pigeons even ones that speak to me first but this one clearly has an attitude.

I get the leaf blower. It isn’t a 44 magnum but it blows them right away.

That afternoon they’re at it again, he and his paramour, on the clothes line humping amongst all the clean washing.

He looks down , glaring at me. Don’t even think about it! He says.

He groans. She groans. Even I groan at the gratuitousness of such a pun.

Ahh well, pigeons will be pigeons I say and head inside for a snooze.

It worked for me.

Opening up the family tree

As far back as my grandma

Who sat me on her lap

who happily each Xmas,

run around the yard

do you have memories of your grandma? 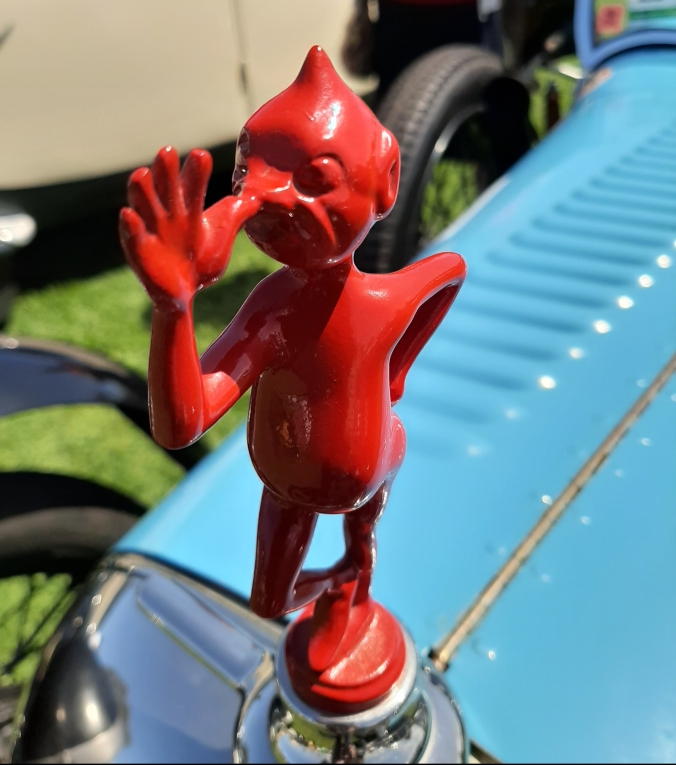 This little red demon is driving me mad. Why? Because I can’t come up with a poem or flash fiction piece or even a caption to go with it.  Can you? Would love to hear what you come up with. Please post your contribution in the comment column. It will be great to see the results. The little red demon will be pleased too

I’ve been locked out.

Do you know how late it is?

Maybe it’s a mistake. I forgive you.

Just let me in. Please.

I need to get back inside my own body

So I can get to sleep.

* photo by Gina Neri from Unsplash

Every time I go to put down a poem

About my partner or family

That little guy inside my head says,

Hey You Can’t Say That! And when I ask,

Why not? He says. Are You Serious?

You Re3ally Don’t Know? But, of course, I do

But you can’t fictionalize everything.

You take away the bite of authenticity.

So I’m left with another poem I want to share

And I would, I really would but do I dare?

What did she know?. He took the plunge anyway

Swept up in its flow.

Was it worth it?

Hell, yeh. Wished he could have let her know.

* photo from pexels.com by Gabor Coyamo

I was on the home stretch from the shops when it came on. I turned it up and pulled in the driveway but remembering the baby was probably asleep in the bedroom, I turned it down a little but not off. I stayed in the car as the music made me shudder, the windows vibrate, eyes closed for the occasion as Prince worked himself into a frenzy… It was the extended mix not the radio edit. How could you walk away from the 8 minute 41 second orgasm that is ‘Purple Rain’?

I was locked in a cab once

to get a can of petrol

My hands flew all over the place.

Then the driver when he got back

at the base of the passenger side door handle.

All you had to do was pop it

It’d be good, I thought,

to have a magic button each time

you were locked in

A Xmas get together that had turned ugly

a flight that went on far too long

Or a poem you couldn’t find a way out from.